Written by GreekBoston.com in Greek Culture Comments Off on Greek Tradition of Smashing Plates 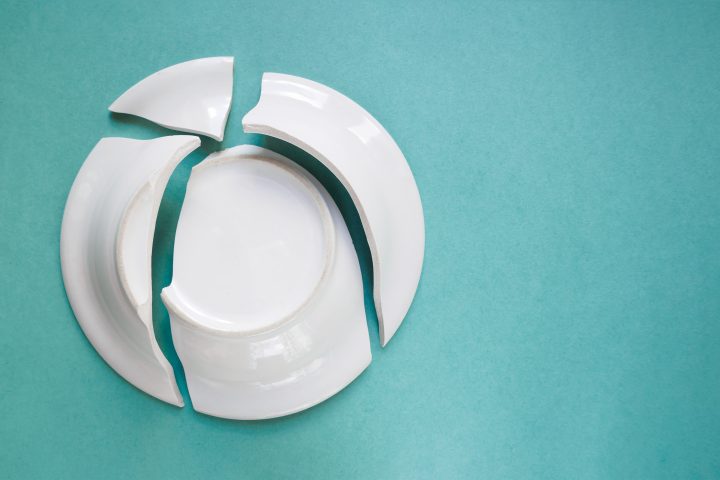 One thing that you may have noticed about Greek people is that they often smash plates when they are celebrating. This can happen whenever there’s a party or people dancing and having fun together. However, it is a huge tradition at celebratory occasions such as weddings, and breaking plates is looked at as an expression of joy. Here’s more information about this unique tradition, which didn’t necessarily have “happy” roots:

It was once believed that a celebration could draw the attention of some bad energy, or even worse, some nasty spirits. To ward off evil spirits that might wreak havoc on a newly married couple, smashing a few plates was considered to serve as camouflage. The violence of plate breaking was to serve as an indicator that the event was, in fact, not happy.

Curiously, the act of creating noise or sounds to ward off evil is quite common in cultures around the world. For example, the act of hanging a set of wind chimes is not just about creating peaceful sounds on your patio. Ringing bells were believed to frighten away witches.

Traditional Symbolism of an “Ending”

There are currently jewelry makers who will make matching necklaces of gold or silver that feature the image of a broken plate. For anyone who misses the old ways, the ability to symbolize the broken plate is tidier and much safer!

Symbol of Happiness and Abundance

Modern twists on breaking plates is also tied to abundance, happiness, and celebration. The action tells the world: We have so much to eat and so many dishes that we can toss away our resources. Additionally, there are commemorative actions related to dish smashing during special events. For example, the breaking of a wine glass during a Jewish wedding is to commemorate the destruction of the Jewish temples.

Modern Greek restaurants lure in travelers and diners by occasionally smashing a plate on the sidewalk to get the attention of passersby. Other restaurants offer specific smashing areas where those interested in following the tradition can do so safely.

Other uses of plate smashing include drawing attention to the hunger strike of the Thessaloniki 7, who were arrested in anti-EU riots. The strikers were released a short time later. It does appear that the attention-getting step of smashing a plate works in several settings.

Saying” Opa” When You Smash

The word opa actually means something close to oops! or whoops! In dedicated plate smashing sessions, it means pay attention, and is also used in restaurants that prepare food at the table or flambé dishes after serving.

No matter the reason for the breakage, the tradition has become so popular that, in the event that you hear the word Opa! you expect to hear a plate breaking. This practice, paired with dancing and live music, is symbolic of the celebrations enjoyed at a Greek wedding. 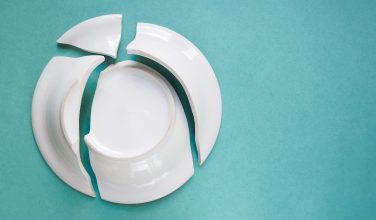