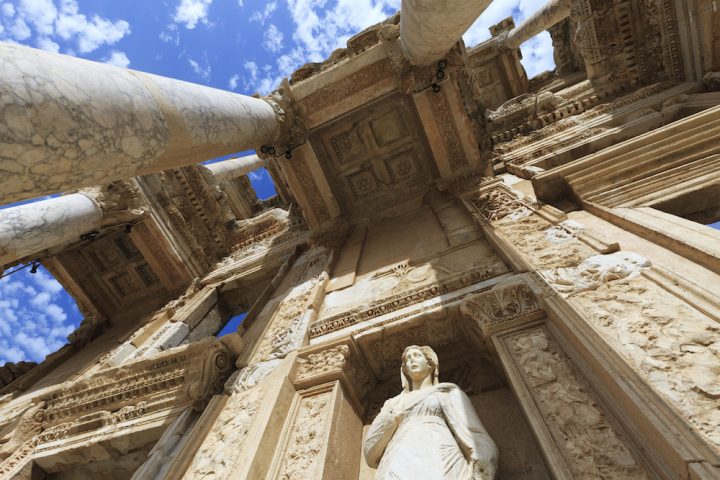 People in ancient Greece experimented with many different forms of government while trying to address fundamental problems like who must rule and how. Who or what—the rule of law, the charter, the officials, or the citizens—should hold ultimate authority? Governments throughout the Greek world took various forms, from tyranny to democracy, never settling on a single model.

The government changed forms several times in various Greek city-states and even within the same city. Democracy often considered the Greeks’ best accomplishment in civilization, gave citizens the option of putting power in the hands of a specific individual, an elite, or all male citizens.

Even when the dynastic ruler was more compassionate and ruled for the true good of his people, a monarchy in the Greek world was often difficult to tell apart from a tyrant. The most well-known examples of monarchies were found in Greece and Epeiros, where the monarch held restricted but parliamentary democracy with an assembly. However, the two-king system of Sparta made the city-state famous. Though they were not monarchs in the traditional sense, those who led the Spartan army into battle had tremendous influence.

Kings were maintained under control by ephors (ephoroi), who were chosen by the assembly and served only during times of peace. Obviously, for this overlapping infrastructure to work, some political unanimity was required. The monarchs were also gerousia members, but they were admitted far earlier than the average member (age 60) and thus had an enormous advantage over them. Spartan rulers, on the other hand, were subject to trials and possible banishment.

The single ruler of a state, a tyrant, generally seized power by executing their predecessor and abolishing the country’s constitution. While the Greek tyrants may have been self-serving autocrats, they were not always malevolent. From 405 BCE until 367 BCE, Syracuse in Sicily was ruled by a series of infamous tyrants, including Dionysios and his son Dionysios II.

The other notable ones are Peisistratos of Athens (circa 560 BCE), a typical magnanimous tyrant who genuinely opened the way for democracy; Pheidon of Argos (circa 660 BCE); Lycophron of Thessaly; the Kypselidai, that included Periander, of Corinth (circa 657-585 BCE); and Polycrates of Samos (circa 570 B (530-522 BCE). Tyranny became the antithesis of democracy for the Athenians, a position from which they could feel superior. The demonization of the Persian monarchs Darius and Xerxes, widely seen as the worst dictators, is a prime example of this sentiment.

An oligarch is a political system in which a small or big group of people sway over the majority. The Greeks (and especially the Athenians) used the term “oligarchy” to refer to any political system that did not involve totalitarian or monarchical rule. When democracies broke down, oligarchies emerged as the dominant type of city-state government. There is a shortage of data on oligarchies in ancient Greece.

According to historical records, a more conservative oligarchy of 5000 Athenians ousted “the oligarchy of the 400” from power in 411 BCE. When the Athenians were defeated in Sicily in 404 BCE, an oligarchy known as “the Thirty Tyrants” took control. This rule was notorious for its brutality and its use of summary executions. Other states that operated under an oligarchical structure included Megara and Thebes.

To create and uphold the law, magistrates were responsible in ancient Athens (archai). The office was open to any citizen, and it was likely expected that the chosen candidate would actively participate in civic life. The Greeks viewed the state not as an intrusive body that attempted to limit individual freedom but rather as a mechanism through which each person might give full expression to their membership in society.

Due to term limits and a ban on re-election, archai were regularly replaced, ensuring that power was not abused and that the rulers would eventually become the ruled. Various boards of officials also made administrative decisions, including representation from each of the ten original tribes. So that bribery could be kept to a minimum, many posts in public life were temporary and decided by lottery.

Not only did those in authority need personal time, but also the ability to plan financially for civic endeavors like ship construction and celebrations. Since the wealthy were more likely to have access to public office, reasonable, they did so.