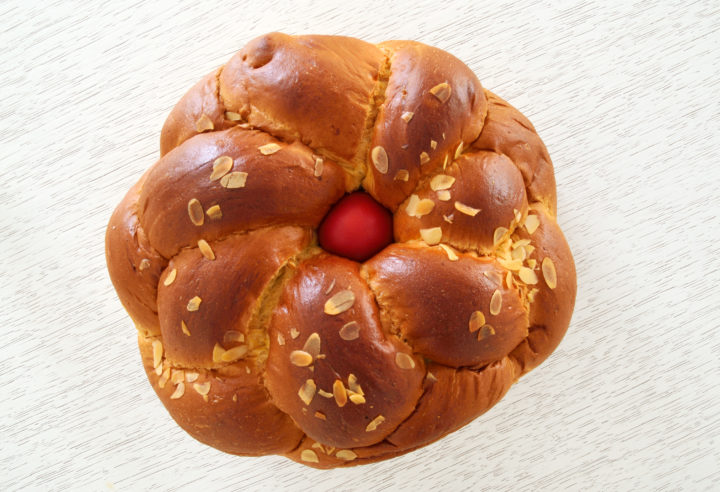 In Greece, bread is considered to be at the center of every meal. This line of thinking has been around since Ancient Greece. Sophocles is known to have said, “I recommend…bread, meat, vegetables, and beer.” The Greek goddess of the hearth, Demeter, is also said to have been the “Goddess of Bread”. The fact that this goddess was entrusted with overseeing this food shows that it was important to the people.

Here’s a round up of the best breads that are served during these occasions:

Greek Easter bread can be identified by the red Easter egg that is usually baked with it. This dough is sweet and cake-like and includes sugar, milk, spices such as mahleb, eggs, and yeast. It is traditionally served during the Easter feast that takes place after people get home from the Holy Saturday church service.

Christopsomo, or Christmas bread, is very similar to Tsoureki, with some slight differences, such as the spices that are used. It is usually served throughout the Christmas season, but most especially after the Advent Fast is over. It is commonly found on the Greek table during Christmas Day. This is a sweet, yeasted bread that has a cake-like texture.

This bread is traditionally served on New Year’s Day. A gold coin is usually baked inside the bread. It is said that the individual who gets the coin in their piece will be rewarded with good luck for the year. This bread is sweet just like Christopsomo and Tsoureki, but it typically has a lighter texture.

There are a few different versions of this bread. Kouloura are a fairly common type of bread ring that is served on the streets on a daily basis. These bread rings are usually finished with sesame seeds, and the dough is pretty standard, using flour, yeast, water, sugar, salt, and often oil. The recipe depends on who makes it. However, it could also be a special occasion type of bread, made with a similar dough as Tsoureki or Christopsomo. This version of Kouloura, often referred to as Koulouria, are usually served at Easter.

Weddings are certainly a special occasion, and it makes sense that this is a type of bread that could be found during a wedding reception. This bread recipe that we shared originates on the island of Lefkas but versions of it exist throughout the country. This version is a slightly sweeter version of regular bread because it uses Greek honey, and it is also spiced with fennel and anise seeds.

There are a lot of breads that are available in Greek cuisine, but there is a select few that are made only during holidays and special occasions.  The next time one of these holidays or occasions rolls around, consider trying one of these recipes! 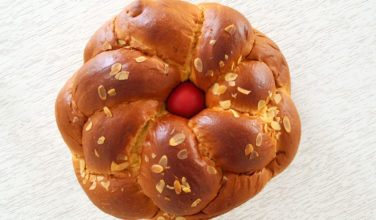 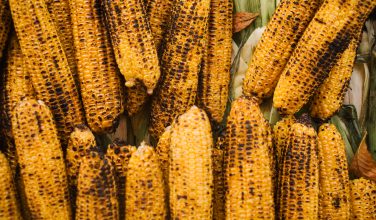 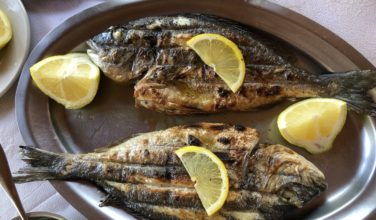