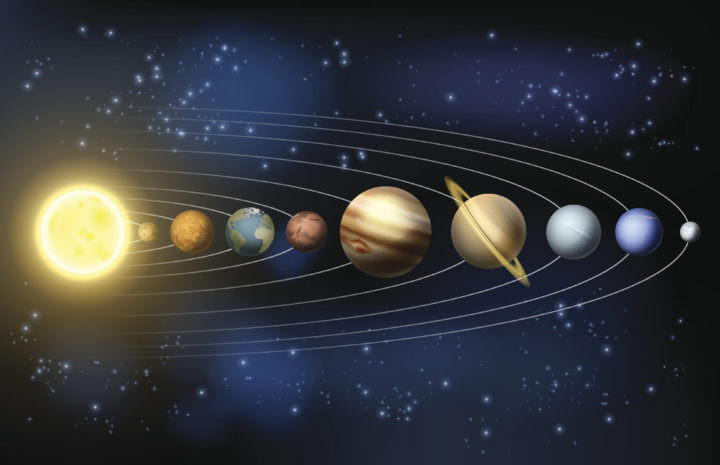 There was a time when people thought that the earth was the center of the universe. Although Nicolaus Copernicus and Galileo Galilei got credit for this idea in the 1500’s, this theory was actually originated by an ancient Greek astronomer and mathematician known as Aristarchus of Samos. Here’s more information about who was and his contribution to astronomy:

Aristarchus of Samos was born approximate 310 B.C in an area known as Samos, Greece. There are historical records that show his formal education took place in Alexandria. He eventually became head of the Greek educational system at Lyceum in Greece.

Sun is at the Center

Aristarchus is known for his revolutionary astronomical hypothesis. It was Aristarchus who initially put forth a theory of the Sun and not the Earth being the fixed center of the universe. It was his belief the earth and the other planets actually moved around the sun. Aristarchus also provided a theory on stars being distant suns. He claimed they did not move, and the universe was much larger than others could imagine.

Inspired by Philolaus of Croton

Aristarchus of Samos was inspired by the work of Philolaus of Croton, who put forth the idea that the cosmos existed because unlimited fire is found at the center of a cosmic sphere. This is the first person recognized as placing the other planets in their correct order as well as correct distance from the sun.

The written book “On the Sizes and Distances of the Sun and Moon” is the only known work that Aristarchus wrote. When he had completed this, Aristarchus felt presenting it would have not have benefited him since it was a contradiction to the general consensus of the Greek scientific community. His book was based on the observations made during a lunar eclipse. He determined the Earth’s shadow was twice the diameter of the Moon’s shadow. Aristarchus did record the Sun and Moon being two degrees when measured for an angular diameter. He was also able to show the angular distance between the Moon and sun during the time of quarter moon as 87 degrees.

Implications of this Theory

Many modern scientists believe the hypothesis put forth by Aristarchus had other interesting aspects to it beyond all the planets in the universe rotating around the sun. With the use of geometry, he determined the Sun may be as much as 20 times farther away from the earth than the moon. His figures were not as accurate as such calculations would be by future astronomers. Aristarchus did use a sound geometric method for his calculations. This was the correct way to make such a determination. It was using this method that made more sophisticated and accurate celestial calculations possible.