Written by GreekBoston.com in Ancient Greek History Comments Off on Cyrene: The Ancient Athens of Africa

As the Ancient Greeks continued their migrations during the Dark Ages, they began to build an international network of settlements and trade throughout the Mediterranean. Some Greeks went as far west as Africa, settling in Egypt. Others ventured further into African soil, as was the case for the city of Cyrene. Cyrene was built on the coast of Libya, which was along a major trade route utilized by both Greek cities and other civilizations. The area that the Ancient Greeks settled as Cyrene is now the Libyan city of Shahhat.

Much of what we know about the Greek period of Cyrene was told by Herodotus, the individual who was considered to be the first historian of Ancient Greece. It is well understand that Cyrene was originally founded by Ancient Greeks. Here’s more information about that: 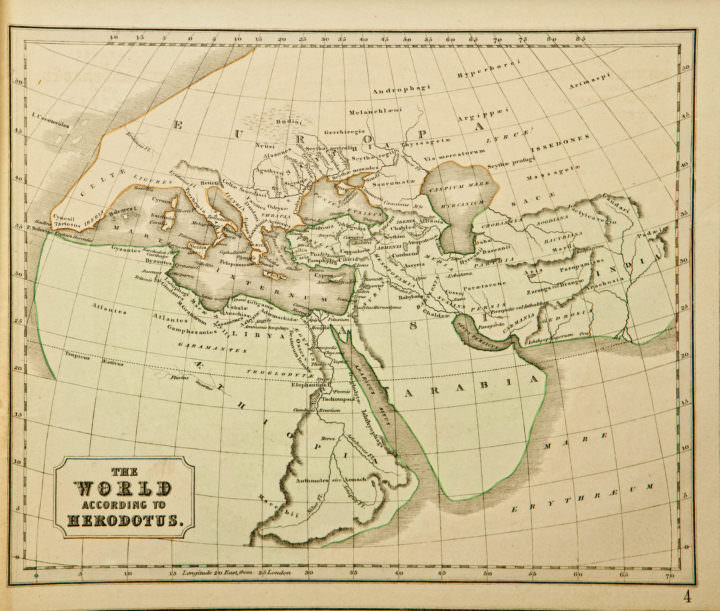 Cyrene was founded in 630 BC by Greeks from the Ancient Greek island of Thera (modern-day Santorini). Greeks on Thera became concerned with the island becoming overpopulated as many Greeks from the mainland were migrating either to the Greek islands or to other areas around the Mediterranean. Like with many other expeditions, a leader was selected and a mass of people joined to colonize the new land.

An inscription dating back to sometime in 400 BC was discovered in Cyrene, provides an account of how the expedition from Thera to Cyrene was organized. It is said that the Greek God Apollo spoke to a man by the name of Battus and instructed him to send a colony to Cyrene. Additionally, it is said that the city was named after one of Apollo’s lovers, Kyrene.

As the story goes, Kyrene was a huntress who lived in the woods of Mount Pelion. Armed with a spear, a sword, and two dogs given to her by Apollo’s sister Artemis, Kyrene worked to protect her father’s livestock from predators. It is said that Apollo saw Kyrene as she was hunting, fell in love, and took her to North Africa to marry. Where Apollo and Kyrene married and settled down is where the Greeks claimed the land as the city of Kyrene. The city name was changed to Cyrene when the Romans took over in 74 BC. 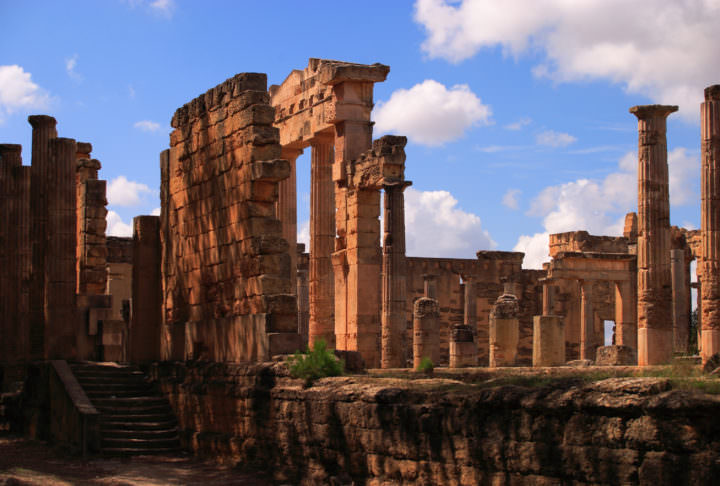 According to the inscription found in Cyrene, the rules for colonization stated that one adult son from each household was eligible to travel to Cyrene from Thera and would be chosen by the government of the city-state. If colonization were successful, others would be invited to sail and stake a claim on any unclaimed land. However if the colony failed, the colonists were allowed to return to Thera to their old property. If an individual were chosen by the city and refused to go on the expedition, they were subject to the loss of their property and the punishment by death. The same applied to anyone aiding in sheltering a fugitive who refused to make the voyage.

Cyrene quickly became a lucrative city-state for the Greeks as it was on the already existing trade route of the Phoenicians. Situated roughly halfway between the Phoenician of Carthage (located on the coast of Tunisia) and Egypt, Cyrene flourished thanks to trade among the cities and connections made with other civilizations. Carthage was founded by Phoenicians who migrated west from another Phoenician city called Tyre (located in Lebanon), and became a major power in the Mediterranean.

At some point in Ancient Greek history, people began to migrate out of the geographical area that we consider to be Ancient Greece and they began to make settlements. Some went as far as African and set up Greek settlements in places like Libya. Cyrene is one of those places. Although Cyrene has a rich history, the Greeks were amongst the first to end up there.