Written by GreekBoston.com in Ancient Greek History Comments Off on Do You Know About Plato? 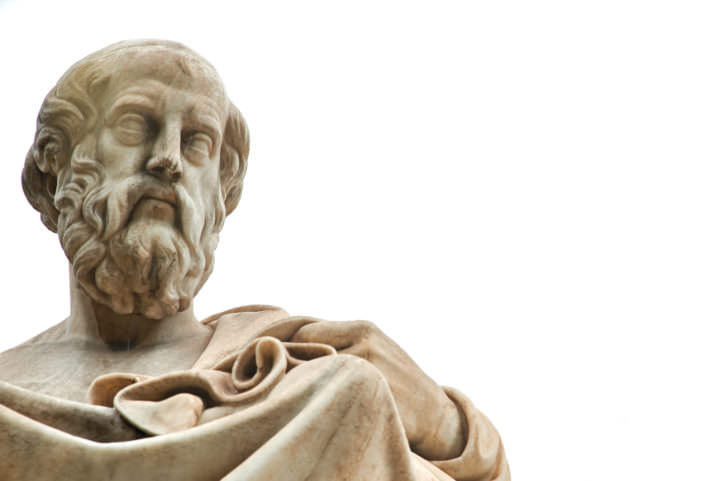 One of the Founders of Western Philosophy

It is important to understand that Plato isn’t technically considered to be the first philosopher since there are many who came before him. These include philosophers such as Thales of Miletus and Solon. However, Plato does have a special place of importance in the philosophical realm. Originating from Ancient Greece, there are two distinctions. The early philosophers are known to have some important viewpoints, but these didn’t necessarily influence western thinking. Then, there are the philosophers, such as Plato, whose ideas formed the basis of Western Philosophy, which is a school of thought where many of the principals that were developed are still being embraced today.

Plato Was Born and Educated in Athens

Plato was born in the city-state of Athens to a noble family. Although historians aren’t completely sure of the exact year of his birth, they do know that he was born somewhere around 425 BC (give or take a few years). Because he was part of a noble family, he was educated in a way that was typical of the wealthy back then. Eventually, he devoted his life to the pursuit of knowledge and carefully built a series of ideas and philosophies based on his studies. Eventually, he took on students and opened a school known as the Platonic Academy of Athens.

Basis of Plato’s Way of Thinking

One thing that stands out about Plato is that he actually authored a lot of works that expressed his philosophies. Historians know of about thirty six of them, but there could have been others that have gotten lost with time. He is known as a metaphysic, and he was devoted to the idea that people need to reach a state of “Eudaimonia”, which is translated in English to mean, “Fulfillment.” He believed that we should spend our lives working on reaching this state of mind. This basic philosophy formed the basis of his mode of thinking and he was devoted to teaching his ideas to his students. His ideas continued through his school long after he left this earth.

It’s true that Plato had the famous philosopher, Socrates, as an instructor. However, he had distinct thoughts of his own that were influential in their own right. He not only influenced his most famous student, Aristotle, but he also went on to influence popular philosophers and thinkers who came much later. For example, Karl Marx has said that Plato was one of his influencers. Also, his works are studied in universities all over the world, so people throughout the world are regularly being exposed to what he had to say.

Plato is one of the original philosophers who formed the basis of Western thought. He also left his legacy because he authored over thirty works about his ideas. Not only that, but his ideas continued through his school and are even still embraced to this day.