Written by GreekBoston.com in Greek Mythology Comments Off on The Story of Pandora’s Box 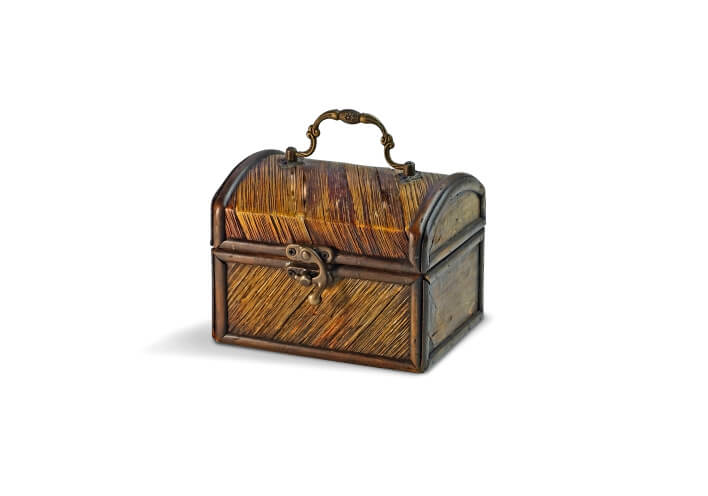 The story of Pandora’s box begins with the story of Zeus, Prometheus, and Epimetheus. Prometheus and his brother Epimetheus were Titans but pledged their loyalty to Zeus and the Olympians, since Prometheus was born with the special power of prophecy and knew that Zeus would defeat the Titans. Zeus rewarded Prometheus and Epimetheus for their loyalty and gave them the job of creating the first creatures to live on Earth. Epimetheus formed the animals and gave each a special skill and form of protection. Prometheus took his time molding man, and was left with no forms of protection since Epimetheus had already given them all away. Prometheus knew man needed some form of protection and asked Zeus if he could let man have fire. Zeus refused. Fire was only for the gods. Prometheus ignored Zeus and gave man fire anyway. For this, Prometheus was punished. Zeus tied him with chains to a rock far away in the Caucasus Mountains where nobody would find him. Every day Zeus sent an eagle to feast upon Prometheus’ liver, which grew back every day so that Prometheus would have to endure this torture daily until Heracles found Prometheus and killed the eagle and let Prometheus go.

This torture wasn’t enough of a punishment for Zeus who also believed that humans should be punished for accepting the gift of fire from Prometheus. To punish man, Zeus created a woman named Pandora. She was molded to look like the beautiful goddess Aphrodite. She received the gifts of wisdom, beauty, kindness, peace, generosity, and health from the gods.

Zeus brought her to Earth to be Epimetheus’ wife. Even though Epimetheus’ brother, Prometheus, had warned him of Zeus’ trickery and told him not to accept gifts from the gods, Epimetheus was too taken with her beauty and wanted to marry her anyway.

As a wedding present, Zeus gave Pandora a box (in ancient Greece this was called a jar) but warned her never to open it. Pandora, who was created to be curious, couldn’t stay away from the box and the urge to open the box overcame her. Horrible things flew out of the box including greed, envy, hatred, pain, disease, hunger, poverty, war, and death. All of life’s miseries had been let out into the world. Pandora slammed the lid of the box back down. The last thing remaining inside of the box was hope. Ever since, humans have been able to hold onto this hope in order to survive the wickedness that Pandora had let out.

“Pandora’s box” now means anything that is best left untouched, for fear of what might come out of it.