Written by GreekBoston.com in Greek Orthodox Religious Information Comments Off on The Ecumenical Patriarchate of Constantinople 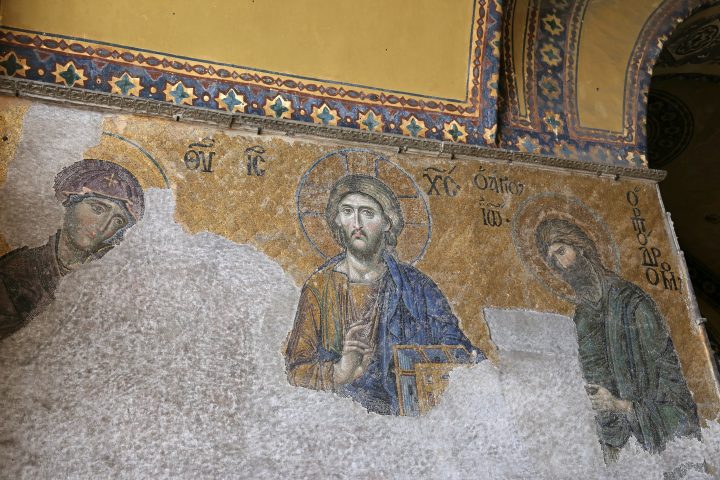 Many religious groups possess a hierarchical structure, and as a hierarchy, there is inevitably a head. In the Eastern Orthodox Church, this “head” is formally known as the Ecumenical Patriarchate.

In order to understand the Orthodox Christian Church, it helps to know that its structure is based on a hierarchal system. Despite that, the leaders (bishops, etc) that are part of the hierarchy refer to themselves as the first among equals.

History of the Ecumenical Patriarchate

This religious entity dates back many centuries and is headquartered in a section of the Turkish city of Istanbul called the Phenar. Istanbul, which was once known as Constantinople, bears significant importance in Orthodox Christianity.

The body presides over countless archdioceses and dioceses throughout the globe. Moreover, the Patriarchate is also recognized by the independent patriarchies situated in many nations as the highest-ranking authority in the Orthodox Christian Church.

As mentioned above, the Patriarchate is overseen by a leader titled the Ecumenical Patriarch and a collection of appointed members comprising an organization known as the Ecumenical Council.

Get to Know the Patriarchal Duties

The Patriarchate routinely carries out several key responsibilities including:

Serving as The Church’s Spiritual Center

The Phenar is considered amongst the most sacred sites in all of Orthodox Christianity. Therefore, many of the faithful make pilgrimages to the site and celebrate special holidays like Easter on its grounds.

The Patriarchate continually works to spread the Church’s gospel and vigorously defends the institution’s customs, traditions, cultures, and mandates.

The spiritual leadership body seeks to expand the Church’s influence over its followers and yearns to attract more faithful into its fold.

Promoting Relationships with Other Faiths

The Ecumenical Patriarchy undertakes a critical role in promoting cordial relationships with other faiths.

The Patriarchate performs a significant amount of charity work geared towards assisting those in need. Moreover, said entity encourages its followers to embrace the giving spirit and help improve the lives of their fellow man.

The Patriarchy is afforded special privileges, which are officially titled prerogatives, its archdioceses, dioceses, and independent institutions are not such as:

The institution may hear disputes amongst its clerics and organizational bodies and offer resolutions after learning the pertinent associated facts.

The Patriarch and his Council may appoint Bishops in locations extending beyond its borders.

One unique privilege afforded the Patriarchate is the establishing of Stauropegic monasteries. These special institutions of worship and quiet contemplation fall under the purview of the Ecumenical Patriarch and not the Bishop presiding over the territory within where said establishments are situated.

The current Ecumenical Patriarch is Bartholomew I. The Patriarch was born Dimitrios Archontonis in Turkey on February 29, 1940. His All Holiness, which is his official professional title, has held the position since his enthronement on November 2, 1991.

Bartholomew is considered first amongst equals and is recognized as the spiritual leader of all Orthodox Christians.

The Holy Synod, which in layman’s terms is known as the Ecumenical Council, is appointed for one-year terms and hails from the ranks of the Church’s many archdioceses and dioceses.

The Patriarchate is an ancient institution committed to promoting the Orthodox Christian faith and overseeing its actions throughout the world. It also focuses on modern issues that could potentially impact the future of the Church and its followers, particularly relations between itself and the Roman Catholic Church and the well-being of adherents residing in Middle Eastern nations.