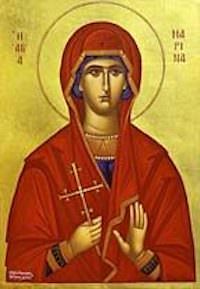 Saint Marina is one of those whose feast day we celebrate as part of the church calendar. We honor her each year on July 17th. Here’s more information about who she is and the contribution she made to the church:

Saint Marina, also known as Marina of Antioch, Saint Margaret, or The Holy Great Martyr Marina, is one of the saints of the early church. The exact date of Marina’s birth isn’t known, but we do know that she was alive in the Fourth Century A.D. She lived in a place called Pisidia in Cicilia, which is part of a region that is now in modern-day Turkey. We know her as Marina, but she is also called Margaret by some.

Marina was actually the daughter of a prominent pagan. Her father was a priest in the pagan religion, but he essentially discarded Marina after her mother died giving birth to her. He left Marina’s care up to the nursemaid, but she was later sent away to become a shepherdess. In the middle of all this, Marina became a Christian and took a vow of chastity.

While Marina was tending the sheep, a Roman tried to seduce her. She refused his advances and in response, he outed her as a Christian. She then refused to make sacrifices to the pagan gods and goddesses and because of that, she was tortured. She was beaten, raked with sharp combs, and plunged into boiling hot water. She remained unscathed. She eventually lost her life in 503 AD at the age of 16 after she was beheaded.

Saint Mariana has some hymns that are usually chanted and are sung during her feast day. Here are the words to the hymns, translated into English: 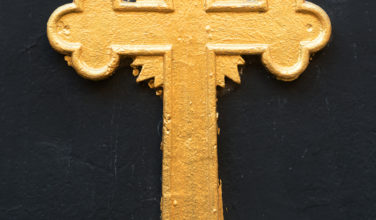 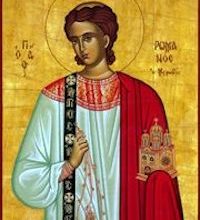