Home > Greek Culture > Ancient Greek History > Do You Know About the History of the Acropolis?

Written by GreekBoston.com in About Athens, Greece, Ancient Greek History, Greek Travel Guide Comments Off on Do You Know About the History of the Acropolis? 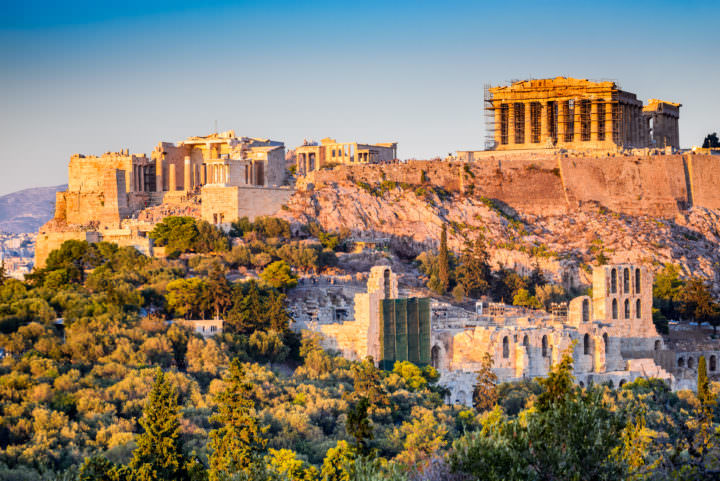 Athens is a large metropolis that is still thriving today, but it didn’t always look like this. When it had its first inhabitants, it was just a hill with very little on it. However, the hill perfectly overlooked the sea and had a strategic location. Those who dwelled on that hill could also potentially control the seas below.

There was a time when few people lived here, but its strategic location proved appealing. Over time, the population grew and is it did, Athens grew in prominence and importance. Eventually, the Athenians built up the Acropolis. Here’s more information about it:

Early Residents of the Acropolis

Some 8,000 years ago, Neolithic people inhabited the site later known as the Acropolis. During the Bronze Age, the residents likely constructed a palace there. It would have offered an excellent vantage point for observing both the surrounding countryside and the Mediterranean Sea. Keeping watch over both of these would give the Athenians a position of strength.

Ancient residents of the Acropolis also erected a stone wall reinforced with dirt around the immediate top of the prominence around 1600 BC. Accessible by gates on the North and South, this defensive fortification survived for centuries. It offered the population in outlying areas a secure place to seek shelter during invasions. Homer evidently alluded to this fortified rock in his epic poem, The Odyssey.

A Showcase For Athenian Society 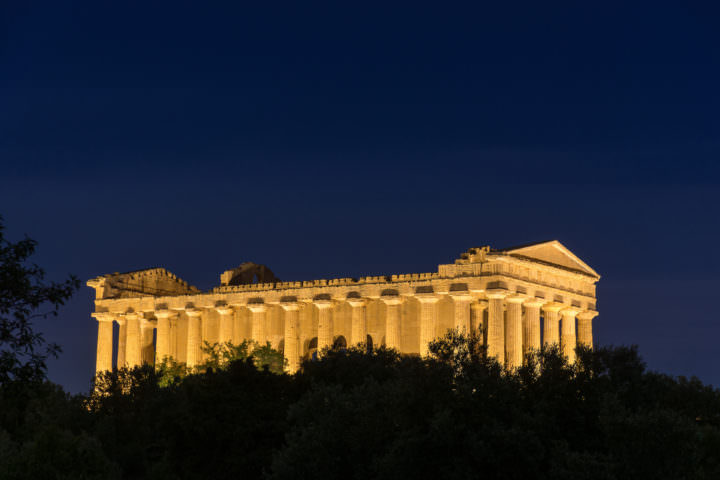 During the period before the establishment of an elected government in Athens, the Acropolis often served as a stronghold for local rulers. During a 20 year period between 570 and 550 B.C., Athenians constructed a temple in honor of the Greek goddess Athena on this site. Sometimes referred to as the “original Parthenon”, it suffered demolition in 500 B.C. when the Athenians decided to construct a new, larger temple. A Persian invasion in 480 B.C. interrupted the new building effort and resulted in the burning of portions of the Acropolis.

In 468 B.C., Athenian leaders oversaw the rebuilding of walls around the North and South of the Acropolis. Athenians launched an impressive development campaign atop the Acropolis. They built a new marble temple honoring the goddess Athena called “The Parthenon”. This perfectly symmetrical building with its impressive rows of evenly spaced columns became one of the world’s most beautiful structures. Athenian artisans also erected other new buildings on the Acropolis, including massive gates, new temples honoring Greek deities, monuments, and an amphitheater. The site vividly demonstrated the power and affluence of the City of Athens.

After 400 B.C. Athenian influence began to wane. King Philip II of Macedonia assumed control over Athens in 338 B.C. The city became part of the sprawling empire established by his son, Alexander the Great. However, this time period occurred much later in he city’s history. By then, a lot had happened to the city. Athens survived both Persian Invasions as well as conflicts with other neighboring city-states.

Although the Macedonians embraced Greek culture, Athens status gradually declined and during the second century B.C. the Roman Empire conquered the region. The Romans sponsored a rebuilding project atop the Acropolis. They restored some damaged buildings and transformed others into shrines to honor Roman emperors.

The Acropolis was once a hub of activity for the Ancient Athenians but it wasn’t always this way. It started off as a simple hill and eventually evolved to what you see today. Now, the Acropolis is no longer used for its intended purpose. However, people from all over the world come to gaze at it and the other buildings that are on it. Visitors today can witness history first hand and tour the Acropolis and all of its buildings to get a feel for what Ancient Greece was really like.