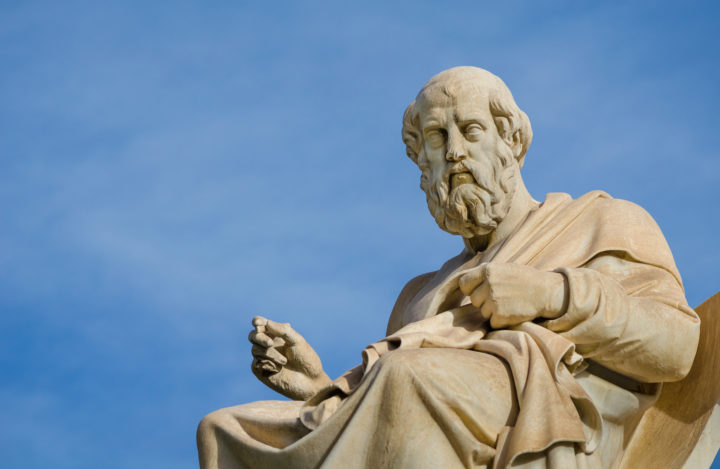 The Ancient Greeks were known for their intellect, and no one epitomized this more than the ancient philosophers. There are so many of them that you could spend a lifetime studying them in depth and not even scratch the surface. However, some have stood out more than the rest. Here’s a look at the top 10 Ancient Greek philosophers:

Known as the “father of Western philosophy,” Aristotle, who lived between 384-322 BC, is credited with taking the philosophical systems of both Socrates and Plato and creating a well developed synthesis of them. Also, his method of inquiry and problem solving have become fundamental tools in Western thought.

Socrates, who lived between 470–399 BC, is considered one of the primary founders of Western philosophy. He is also considered the first moral philosopher. Interestingly, he left no writings and is only known through the writings of others, most significantly his student Plato. Socrates was famously put on trial and convicted for supposedly corrupting the minds of youth and was forced to commit suicide.

Known as the founder of both Western religion and spirituality, Plato, who lived between 428-347 BC, founded what is considered the first higher-learning institution in the West. In addition to playing a pivotal role in the development of Western philosophy, he was both a student of Socrates and a teacher of Aristotle.

Thales of Miletus, who lived between 624-545 BC, is considered by many, including Aristotle, to be the first Greek philosopher. One of the Seven Sages of Greece during the 6th century BC, Thales is credited as being the first person in Western civilization to engage in scientific philosophy.

Pythagorus, who lived between 570–495 BC, was an early Greek philosopher who influenced both Plato and Aristotle and therefore all of Western philosophy as a whole. He was also one of the greatest scientists and mathematicians of his day, and many of his discoveries, such as the Pythagorean theorem, are still widely in use today.

Democritus, who lived between 460–370 BC, was an early Greek philosopher who is credited for discovering that the universe was composed of atoms. Some consider him to be the “father of modern science,” and though none of his writings survived, many of his ideas have.

Anaxagorus, who lived between 510–428 BC, was a philosopher who had a deep influence on Socrates as well as on major thinkers throughout the ages. He is credited with introducing the notion of a Cosmic Mind ordering the universe. He was also a noted scientist.

Parmenides of Elea was a philosopher who lived in either the late sixth century BC or early fifth century BC. His one surviving work is a poem called On Nature, which is considered to be the first philosophical study on the nature of being, making him one of the founders of ontology.

Diogenes, who lived between 412-323 BC, is credited as being one of the founders of Cynic philosophy, which believes that the purpose of life is to live virtuously. He also believed in the virtue of poverty. He famously lived in a large ceramic jar in his town’s marketplace.

Solon, who lived between 638–558 BC, is known for playing a pivotal role in the development of Athenian democracy, by calling for moral reforms of Athenian society. Like Thales of Miletus, he was considered one of the Seven Sages of Greece and his ideas influenced Greece for centuries.

These philosophers helped shape not only Greece but the modern world as we know it. They laid the foundations of Western thought.