All About The Icon of Theophany

Home > Religion > All About The Icon…

When we look at the icon of Theophany we see many different things and imagery used to tell us the story. In the very center we see Jesus Christ almost naked (naked in very early icons). There is a half-circle extending from the top, with a beam coming down with a dove in it, which is 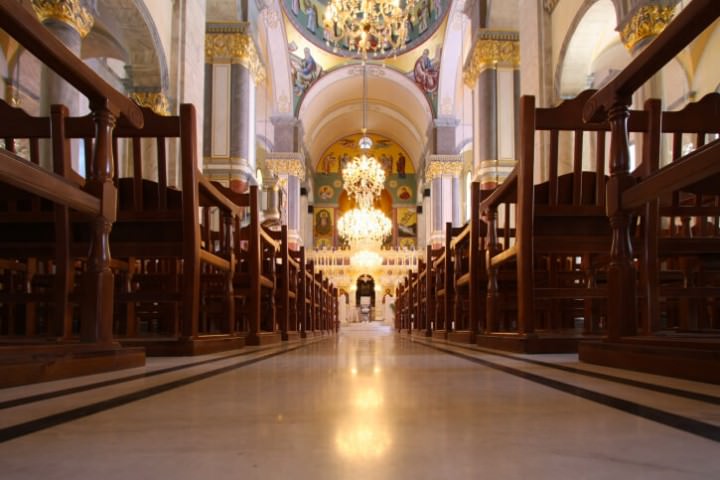 right over Jesus. On the left we see St. John the Baptist, typically with a small tree next to him, with an ax on it. On the right we see a few angels, with their hands covered, or with towels. In the water we find two “people” riding on what looks like fish.

First off, we find Christ “naked.” Christ is not ashamed to be naked, thus He is being different than Adam and Eve, who made clothes out of leaves to hide their nakedness. Christ is our new Adam, and being both God and man, Christ stands in His fully glory, unashamed by sin. Theology is also taught through icons, and everything is seen through the end time’s reality, also known as eschatology. We know that our baptism brings us into the Church, into the Kingdom of Heaven, into the Body of Christ. Here we find Christ, establishing His Church by baptizing His Body, the same way we are all baptized into His Body.

As is common in iconography, we see a half-circle of blue coming out of heaven. In this icon we see something radiating out of heaven, which is the iconographic version of the voice of the Father. There is also a long beam that comes out of that half-circle and in it is the Holy Spirit depicted as a dove. Though we typically see artwork of the Spirit as a dove, this is the only instance we know for sure that the spirit descended like a dove. This is important to note, the Holy Spirit is not a dove, nor did He become a dove, but rather He descended like a dove or looked like a dove. This is different than Christ as Christ became human, not just appearing like a human, but became a full human.

St. John is looking up seeing both the Spirit descend and hearing the voice of the Father. Though it is not said if everyone heard the voice and saw the dove, but in the Gospel of John we know that St. John the Baptist saw the Spirit like a dove.

Next to John is a tree with an ax, typically with a branch that is cut off. This is to represent the teachings of St. John the Baptist in Luke 3: “The ax is already at the root of the trees, and every tree that does not produce good fruit will be cut down and thrown into the fire.” This was the way John the Baptist preached repentance.

The Angels with the towels are not mentioned in any gospel account, but I read that they represent the full immersion of Jesus, because He will need to be dried. This is once again a reference to our baptisms, which have full immersion.

Lastly, the two “people” riding the fish are representative of the Sea and the River. The woman with a crown is the Sea and the man (sometimes with a water-pot) is the River, both which are mentioned from Psalm 113 (114), which says that “The sea saw and fled, the Jordan turned back.” This Psalm is about the Power of God in His Deliverance of Israel. This verse of this Psalm shows that this is God that is being baptized, this Jesus Christ is God! 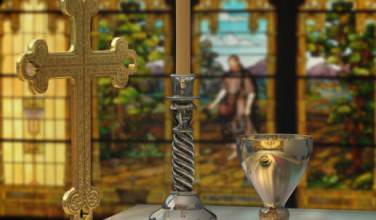 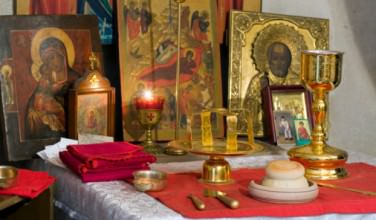