Known to Western Christians as the Virgin Mary, to Orthodox Christians the title formally given to her is Theotokos. Theotokos means God-bearer or Birth Giver of God.  Little to common Christian knowledge, this title was debated upon early on in the Church’s history.  In the year 431AD at the Council of Ephesus, the 3rd Ecumenical Council, questions arose on whether or not the Virgin Mary should be called the Birth Giver of God or of Christ (Christotokos).  Theotokos won out, and this was because she is the Birth Giver of Jesus Christ, who is fully human and fully God, so it is appropriate to call her the Mother of God, not just the human Christ (which means Messiah).

From what we know about the Theotokos, according to a book called the Protoevangelion of James, she was born to her elderly parents named Joachim and Anna.  They had been married for 50 years and had no children.  They were pious people, offering a third of their income to the poor and a third of their income to the Temple.  One year, they went to offer sacrifice in Jerusalem at the Temple, but were denied because they had no child.  This caused Joachim to check the records, which showed that every righteous man in Israel’s history was blessed with children, except him.  Joachim went to the mountains out of shame and Anna went home to pray in her garden.  The Archangel Gabriel, who said that they would have a daughter that would through her bring the salvation of the world, visited both.  Both promised to have their daughter raised in the Temple.  They conceived (celebrated December 9th) and nine months later Mary was born (celebrated September 8th).  At the age of 3, Joachim and Anna took their young daughter to the Temple (celebrated November 21st)

It is thought that roughly at the age of 13, the Theotokos was betrothed (engaged) to Joseph, and then the Archangel Gabriel visited her.  This time he announced that she would bear a Son and that she should name Him Jesus (celebrated March 25th).  The Theotokos agreed to be subject to God’s plan, and she conceived.  Joseph was reassured in a dream that the Child was through Divine Intervention, not through adultery.  Nine months later she bore Jesus (celebrated December 25th).  Orthodox Christians believe that the Theotokos is ever-virgin, meaning that she never had marital relations with Joseph (or anyone else for that matter).  [St. James the Brother of the Lord is actually one of Joseph’s sons from his prior marriage to Salome, who died before he was betrothed to Mary.]  Joseph dies before Jesus begins his ministry at age 30.

The Theotokos is mentioned sparingly in the Gospel past Christ’s youth.  She is present at the Wedding of Cana and is who asks Christ to provide wine for the wedding.  According to the Orthodoxy, the Theotokos falls asleep in the Lord and all the Apostles are gathered together, being sent via clouds from where they were back to Jerusalem (celebrated August 15th).  We pray continually to the Theotokos because she, as she did at the Wedding of Cana, has the most special relationship with her Son, in which her Son listens to the things that His Mother asks, following the 5th Commandment to “Honor you father and your mother.” 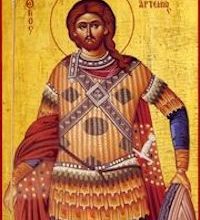 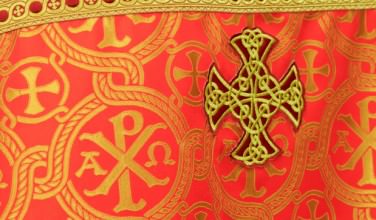 The Role of Vestments in the Greek Orthodox Church 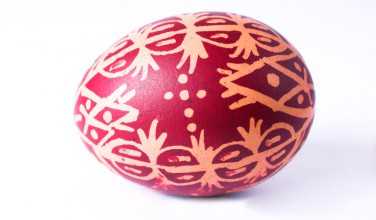